Both my husband and I are so honored to have parents who served during WWII. Bill is doubly honored as both his mom and dad served. Not together, but met soon after returning home. I started this blog with a tribute to my dad, click here. I’ve written a tribute to Bill’s amazing mom here and shared her WWII letters here.

This is the first of a multi-part series as I plan to write about the actual service of all three of our WWII vets. Our neighborhood has an active Veterans Association. As such, twice a year, they hold patriotic ceremonies to honor the service and memories of the loved ones of our residents. This blog is a result of our desire to honor Bill’s parents and my dad. We are starting will Earl Lees. He was a remarkable man and I was privileged to know and love him as my father-in-law for 21 years until he passed. His life story is very interesting and worthy to spend time writing about. However, there are many gaps, but we know enough for God to be glorified in his life.

Stay tuned for pictures/videos of this wonderful event. The first time I attended, our youngest grandson, Bryce was here. He helped put up flags around our entranceway. He was subsequently invited to be a special guest at the Memorial Day ceremony.

Earl was the youngest surviving son of three sons. His parents immigrated to the US from Ireland, dates unknown as is their date of marriage. At the time of this writing, these are the only confirmed details I have: His father, William Lees, was born in 1881 in Londonderry County, Northern Ireland, UK. He died in Irwin, Pennsylvania, in 1938. His mother, Elizabeth Smyth Lees was born in 1884 in Northern Ireland. We do not know when she immigrated to the US, nor where they met, or when they married. She and her infant son died in 1918 during the flu pandemic and are both buried in Allegheny Cemetary, Pittsburgh, PA. Their oldest son was Samuel William Lees, Sr. born September 22, 1909, in Pennsylvania. He died on February 19, 1983, at the age of 73. He died in Elyria, Lorraine county, Ohio, and is buried in Ridge Hill Memorial Park, Amherst, OH. He married Edythe Harriett Kleckner about 1935. Their middle son, John (Jack) Lees born 11/11/1911 in Pittsburgh, PA died on 3/31/1974 and is buried in Irwin Union Cemetery next to Earl and his wife, Ruth. Most of this information is from FindAGrave.com.

After the death of his mother, when Earl was two, his father, William Lees, remarried a woman who brought her niece and nephew into the marriage. Earl did not talk much about his childhood, except that he was asked to leave home after graduating high school due to depression and lack of food. How ironic as his father and his two brother left Ireland due to the potato famine in the early 1900s.

Earl was a wonderful student of life. He learned and KNEW the value of food, and money, and how to appreciate EVERYTHING he had. He often shared that he doesn’t recall throwing anything away as a boy. Everything was recycled.

To put his service into perspective, he served under General Patton. That is remarkable in itself. Then to now learn and see, he was in all of the major battle locations in the western European Theatre. Here is a brief synopsis taken from his military records as noted:

Battles and Campaigns (dates added by me):

Summary of military occupation: “Light machine gun NCO – as a member of an infantry unit in combat in French Morocco, Algeria, Tunisia, Sicily, France, Belgium, Holland, and Germany. Served as a light machine gun section leader. Was responsible for the tactical deployment of two machine guns squads and their weapons. Was in charge of the men and their supplies.”

Earl frequently commented how he could not write about the war in his letters. I’m going to add some WWII history to supplement these letters. I began to imagine what his living conditions might be like as he wrote the letters. I learned many details after reading the autobiography of one of his commanders and later a friend, Lt Col. Matt Urban. After the war, Urban legally changed his name from Urbanowicz to Urban.

Matt Urban was the most decorated soldier during WWII. He was awarded the Medal of Honor, 7 Purple Hearts, two Silver Star Medals, plus 11 others. Click here for those details. It was a miracle he survived each and every wound as he was not a very cooperative patient, usually refusing to be evacuated to repair his injuries. I honestly believe it was the caliber of this man that kept Earl alive and fighting! I will use some details from his book as I fill in the blanks between the letters.

I have transcribed and scanned the 17 letters home to his older brother, Sam. Apparently, not all the letters Earl wrote home were saved. I will post the letters in date order as found in several blogs. I transcribed the letters as written with the date and his rank indicated. He moved up in rank quickly.

I’ll introduce the family members as he wrote about them. Earl and Sam’s middle brother, John (Jack) also served during the war. Uncle Matt mentioned is his dad’s youngest brother. Sambo and Barbara were Sam’s children. In this first letter, Earl said Mrs. Laffoon sent him a box of candy. Bill and I are not sure who she is. I have hopes as family members and friends read these blogs, they may be able to help identify and/or correct what I am writing.

Just a few lines to let you know that everything is all right and I am well and I hope you are the same. I got your letter and I was so glad to hear from you.

I am still in Africa, incidentally, I have been here exactly 3 months today. With the sound of your letter you haven’t received all of the letters I have written, I wrote to Uncle Matt and you said he was surprised to hear where I was. I have had some very pleasant experiences since I have been in Africa among them and the most pleasant was being reviewed by President Roosevelt. It sure was a surprise to see him over here.

I got a letter from Jack yesterday and I see he is still in California. I have never been able to get a watch so I guess you can send me one if you can since you have mentioned it. By the way how do you stand in the draft now? It sounds like you will be in the army before a long from what I hear.

I got a box of candy from Mrs. Laffoon and I sure appreciated it. I hope you will thank her for me as I find it hard to write to everyone who has written to me and sent me cards and stuff. So if you should ever see them try to explain for me, you know there isn’t too much to write about without giving away military secrets. And I prefer not to write at all then.

Well it is just all for now, be sure to give my regards to everyone and tell Barbara and Sambo that I think about them lots and I hope to see you all sometime in the not too far future.

Greater love has no one than this than to lay down one’s life for his friends.” 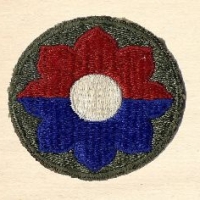 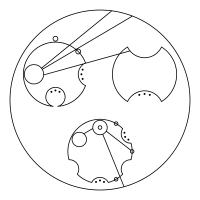 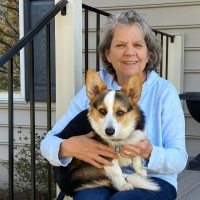 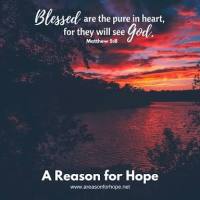 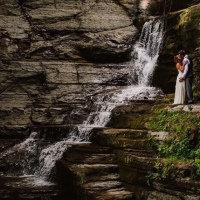 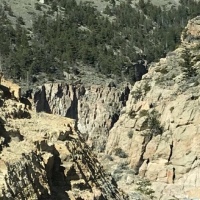